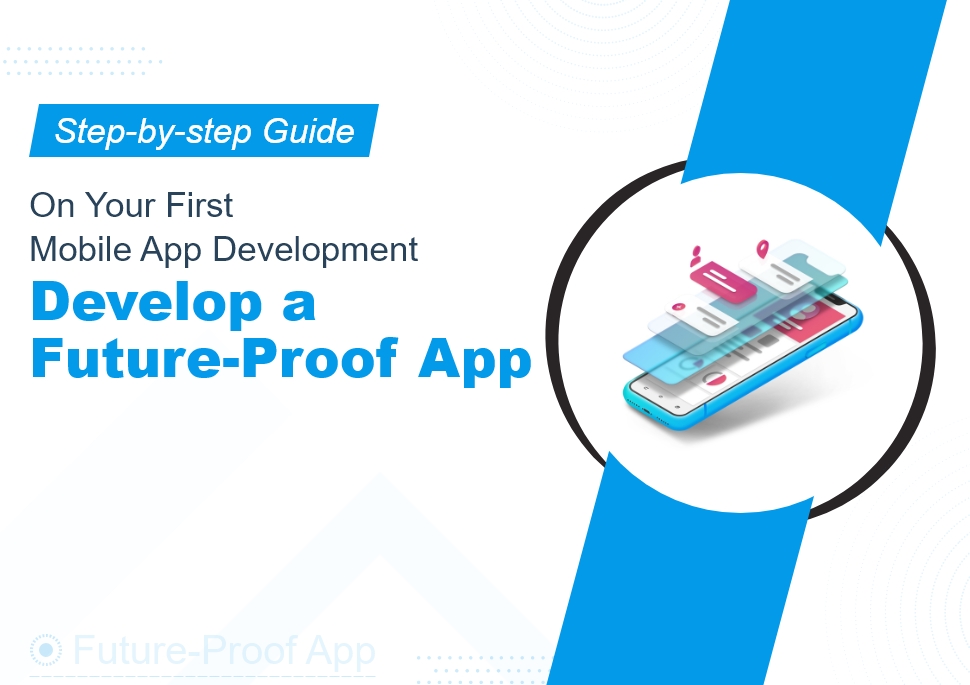 Wish to generate more revenue? Want to provide enhanced customer experience? Need to build up a brand community? Want to get a competitive edge? Or Looking for a brand awareness tool?

These 5 demands have one solution that is Mobile App Development. Mobile apps are taking over websites. Businesses have witnessed, people are more likely to rely on their smartphones even for livelihood satisfaction. Henceforth, today many businesses opt for mobile apps to cater to the audience at their convenience.

On average, just on Google Play, around 6000+ mobile apps release daily. You can imagine how aggressive the app market is. So, to get a competitive edge in the market, you need to stand out from the competition. Don’t worry! Put your mind at ease because you are on the step-by-step guide on how to create an application. It will assist you to get started to develop your first mobile app that can stand out in the market. 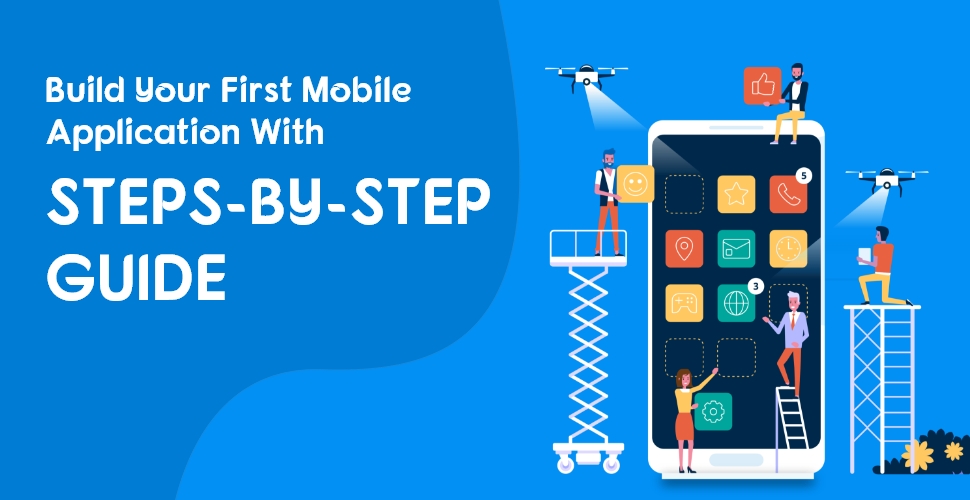 Any project starts with the idea and the defined goal. You have to dive into detailed research to determine the objective and mission precisely for your mobile app. What will the app offer to your audience? Which problem is it going to solve? What part of the users’ life is the app will make better?

The definite goal helps to pave the way for building your app flawlessly.

It is always better to study your competitors and their moves. It is the fact that millions of apps are already available, so building a mobile app that no one has developed before is nearly impossible. Nevertheless, you can take this as an advantage for the success of your app.

Analyze features layout, functionalities, technologies, and monetization model used for the apps which are already playing in the same arena. Take notes of everything that is making that app stand out, and also learn from their errors, to prevent the same lack for your app.

Once your app goal and features have been defined, the next step is to fuse them into a clearer picture. It is a visual conceptualization process of your app that can be done by sketching an app skeleton or creating a wireframe/prototype.

The process of wireframing enables you to define the app design and how you want your users to access the features and functionality of the app. It represents your app’s layout and flow between each screen and helps developers to understand your vision and expectations better.

Creating an app wireframe or prototype is no brainer with available numerous handy tools for the same. Among the tools, the most popular are Balsamiq, Moqups, and HotGloo, with drag and drop functionality.

Once you give your app-idea, a face by wireframing, it is obligatory to validate and test the same. Share the prototype with your team, colleagues, family members, and experts to review and provide feedback on the same. People often share on social sites as well, to receive feedback from prospective users.

The point to test and review the app prototype/wireframe is to ensure that your app will be a help to your users. It also shows potential faults and improvements that can overcome by iterating the prototype.

You have set the goal, paved the roadmap of how you wish to cater services to your audience, listed features, created app wireframe, and validated the same. Now, the time is to appoint the mobile app development process to structure and bring life to your app.

To perform the mobile app development process, you can either hire a software development company or designers and developers individually. Mobile app designers give shape to your app and take care of user interaction and UX design. Developers bring a soul by integrating it with the backend system.

Before getting started with mobile app development, you need to decide certain things. That includes;

Quality analysis and testing is an integral part of the mobile app development that means to protect the investment. Experts suggest to conduct tests and evaluations at every stage of app development, and even after the product launch. Having said that systems and platforms keep updating, and the issues or bugs that were not visible can suddenly appear.

Therefore, be proactive, to detect and eliminate potential problems, small to large glitches that occur frequently. These bugs can severely impact on users, and annoy them and lead them to uninstall/leave the app.

After confirming the bug-free app, the final thing that remains is to deploy the app on its respective platforms. However, app platforms have different standards and policies to launch a new app. For example, if you deploy an Android app on Google Play, it does not review newly added apps right away, but after some point. So, you can launch your app on Google Play instantly.

On the contrary, Apple holds the right to review and approve the app before launching it, and you may expect at least a week to hear back. Although, there is no timeframe set, to deploy an iOS app.

Your goal does not achieve yet until you receive positive and cheerful feedback from your end-users. Never forget, the audience/customer is a real king. None business can survive without them. So if success is your goal, then you should cater to your customers as they want.

Since smartphones have become an integrated part of our lifestyle, many businesses are operating through mobile apps. The app development process is intensive and involved, thus, it requires a professional Mobile App Development Company.

The steps reveal an overview of how to build your first mobile app still, there are many difficult decisions required to make throughout the process. At the bright sight, it can be the most rewarding and lucrative solution. A successful mobile app can fulfill all cravings of a business enterprise to be successful in the market.